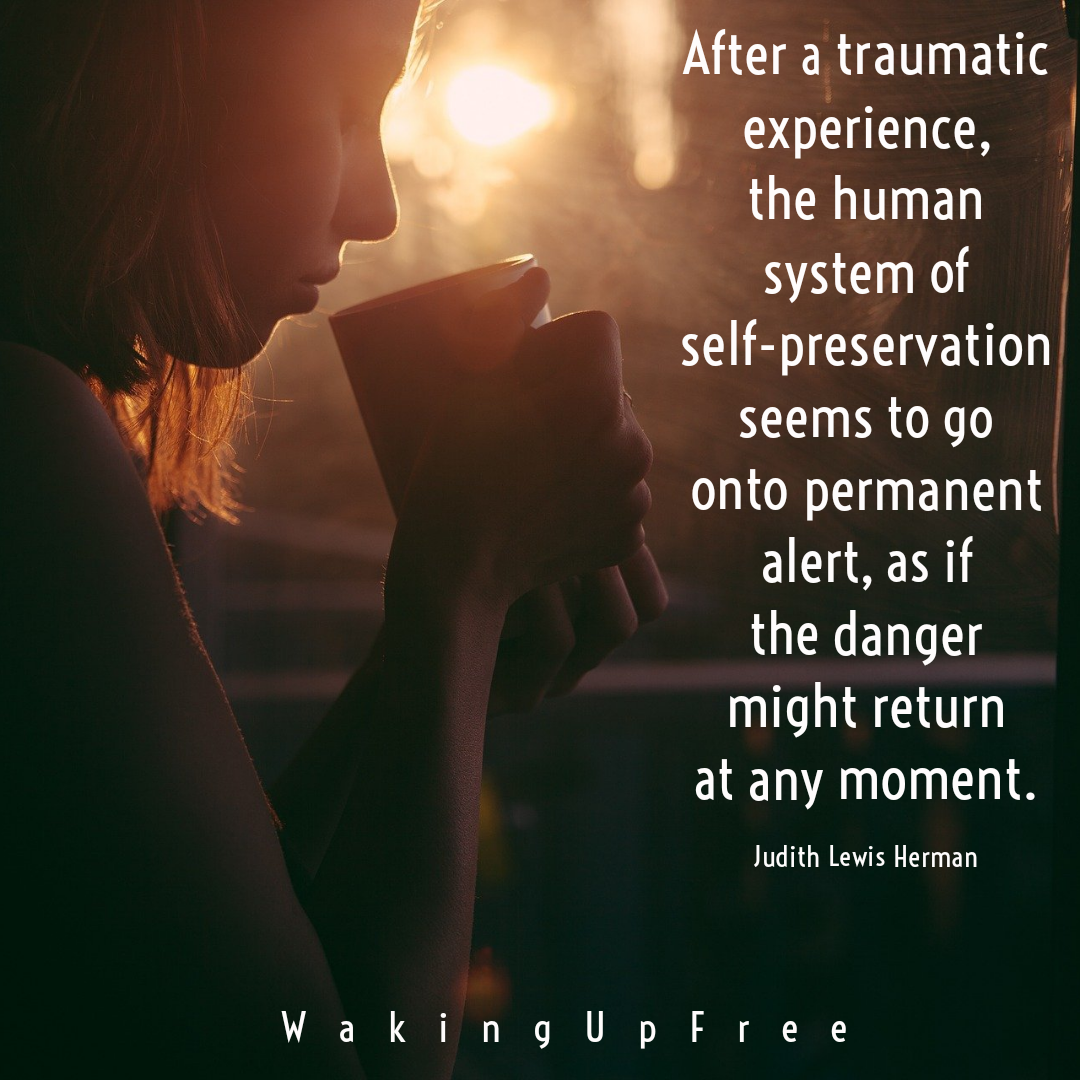 So I've done a ton of work on myself. From 12 steps, studying clinical Mental health, education, workshops, spiritual practices.

I've made huge progress but over the last year I've noticed that when something happens that's outside of my control I shut down. For example my son has done so much better over the last year as far as self regulation but if he's sick, tired, hungry ect something can trigger him and he can get aggressive (mainly towards myself or his younger sister)

He's threatening, verbally attacking, and we walk on eggshells. In no way is our home perfect but the daily explosions have gone from every day, multiple times a day to maybe once a week.

When something happens I could be in a great place emotionally, spiritually and thriving. My ability to bounce back has gotten better over the last few years, however I don't do well with violence.

If I can stop a situation from turning violent I'm good. That's literally all I do all day is help him self regulate and by doing so he is learning to do this on his own. However if I can't stop something from escalating or he attacks my daughter this triggers a response that after all is said and done, shuts me down for days.

If I've had plans to do anything professionally I cancel. If I've got plans to meet with friends I postpone, I literally check out.

I'll watch hours of Netflix until I'm feeling better or able to get myself back to normal.
This has obviously been something that has slowed down my progress professionally but it also affects my ability to sleep and to engage with others.

I'm still working on different trauma response techniques, breath work, yoga, meditation but even my ability to use those tools is affected by this response. It can bring my nervous system back to my 9 year old self when I living in a home with violence and feeling helpless.

Through research I'm sure my nervous system doesn't realize I'm an adult and it's just trying to protect me but it's not helpful.

I'm finding the faster I can make myself get physically active and connect my body and mind the faster I'm able to recover.

This last week there was an incident where my son was mad about something on his game and my daughter was just walking by him. He became angry at her, insisted she was giving him mean looks and went after her. I had to step in but he's taller than me and outweighs me by 100 pounds so it's terrifying.

My daughter has safety training in these situations but the guilt that she has to endure these situations weighs heavy on my heart. Yes she's learning how to handle conflict but she's also learning that people that love you also hurt you. We often have conversations about this in order to help her understand what the truth is and not what trauma is saying.

I am curious if anyone else experiences these shut downs? The shutdowns have taken the place of physical altercations, screaming matches and police having to be called but it too is debilitating.

I get it, my child is learning and he is getting better but the journey is not an easy one. If you've experienced violence with your child I would love to hear from you.